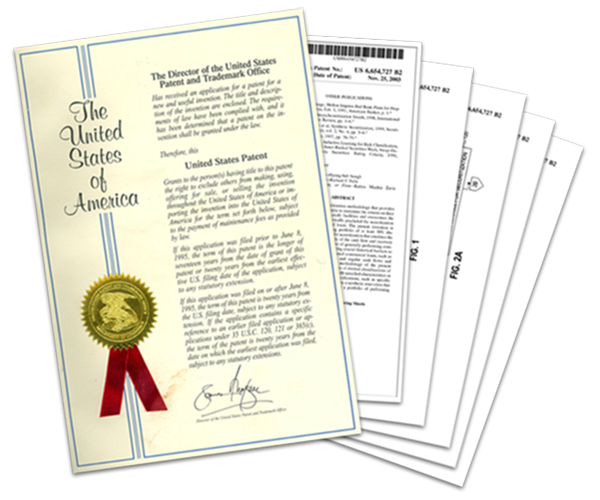 Printing with multiple layers of material (instead of two dimensional dots or lines of ink) is commonly known as 3D-printing, because the resulting print-outs are three-dimensional objects.  These objects will need to be printed from digital templates either produced from virtual models or from digitized capture of existing three-dimensional objects.  The material used is typically plastics, but experiments are ongoing with metals also.

3D printing is suddenly a very sexy subject, and is being talked about all over the place with emotions ranging from adoration, through excitement, to fear.  Even people un-connected with any part of the industries that have been using the technology (for years) are suddenly aware of it.

Let’s imagine a 3D-printer printing another 3D-printer, and before long you have a world limited only by raw materials, energy, and ideas.

At the moment all sorts of positive stories about 3D-printing are whirling around the internet and traditional media, about all sorts of 3D-printing, from the April Fool’s imminent release of a Play-Doh 3D-printer, to rumors of NASA funding research into a 3D food printer, that could promise an end to world hunger and is at least marginally more likely than ‘food replicators’ in Star Trek.

Doctors in the field in particular are showing the way with positive column inches of 3D-printing, with 3D-printed medical devices such as a recent splint for a baby’s airway, expected to degrade into the baby’s body as the body heals itself.  Joints and bones have already been replicated by similar process to date.

And bubbling below these stories are thoughts of what unchained and unshackled individuals might be capable of, when the Industrial Revolution and the Age of the Individual mesh, and individuals are given their own means of production.

It seems that in the not too distant future we could all possess our own factories, in our own homes, and deshackle from the command and control economies of yesteryear.

But in the negative, there has been an ongoing recent media storm on both sides of the pond, also recently raised at high levels in Australia, about a 3D-printed firearm and the problems such a technology and possibility might cause.  Just in case you missed the story, the firearm is undetectable to scanners and therefore unable to be controlled, in ownership, use, transport or manufacture.

So what happens when production is taken away from identifiable, and controllable, entities?  Those in power, and those who worry about who is in power, fear that if anyone can make anything, who profits?  And how do we control what happens in such a world?

Some are born into families with property like aristocracy, others make enough money to buy property like yachts, but ideas (intellectual property) are the only form of ‘property’ we all have.  And partly to ensure that ideas, entrepreneurship and investment in production are not wasted, ideas have been treated as controllable property since perhaps around the fifteenth century.

But what does 3D printing mean for the future of intellectual property and IPR?  And how closely are the subjects related?

In summary, if you have currently around £3000 you can go and buy a 3D-printer.  You’ll need to design something to 3D-print first, but there are ways of achieving this stage relatively cheaply and a lot cheaper than all traditional routes to manufacture.  And let’s say you are skilled enough in design, or really not that interested in the design of the resulting object (like those firearm designers by the looks of it).  So you can botch together a 3D design to give your printer something to print, and print it out.

So, in a soon-to-come world when 3D-printers are available at a fraction of today’s prices and widely available and used, and in a world where we can all dream up, design and manufacture our own objects, what will happen to the basic notion of intellectual property, i.e. the notion that when we have ideas … we can protect them?

Will it be worth filing for intellectual property protection, now or in the future?

Perhaps systems will arise to reward product designs more than underlying ideas and traditional manufacture’s relevance as a route to market will need to up its game.  On the plus side over the last century quality design and manufacture has become increasingly widespread across much of the world as choice increases, consumers become more discerning, and manufacturing costs lower.  Assuming that quality home printing in a variety of materials and with professional finishing is still a long way off, a natural consequence is that even if you can print your own homemade version, shop-bought versions will remain significantly more attractive, complex and better-finished for some time.  Perhaps reduced manufacturing costs for traditionally manufactured objects may mean they also become more reasonably priced.

Perhaps ideas will become commodities sold like digital music, under a system similar to barely enforceable copyright, freely passed around by some, and pretty much reliant on honesty payments and general convenience of acquisition.  Going by the model shown by copyright this seems to have led to less money being made by some, but greater choice and maybe greater equality of reward.

Although many nations are in various stages of development, it seems unlikely that many of the individuals in developing countries will be materially wealthy enough, or weary enough with the traditional methods of production to want to make the step from empowered consumer to home manufacturer.  And that remains a very large market, and will be for some time.

Perhaps all intellectual property will become like Pirate Bay and pirated as soon as bought.  The patent system as it stands in particular is ‘a bargain’ whereby you show the world your idea in return for a time-limited protection over that idea in a territory.  It is already important to recognize that for example there is nothing to stop you making something (that is patented and successfully selling in Botswana) in Denmark if there is no patent protection in Denmark.  So what actually happens if you can’t prevent free and uncontrolled dissemination of your idea across the world after you publish it… will much change for companies or individuals unable to afford a whole sack of national patents?

Intellectual property rights traditionally protect those who own the intellectual property from others making, importing to, exporting from, selling or offering to sell in a particular territory.  But there is also typically an exclusion from all of these for private purposes.

3D-printing will undoubtedly make it easier for much larger numbers of individuals to fall under this exclusion, by introducing a new reality that even those without their own factories can now use this exclusion to their advantage.  But it won’t change the simple fact that intellectual property regimes are to stop others commercially exploiting your idea, and will continue to do so.  So if someone is making money by 3D-printing your product and selling it, you could still stop them.  You won’t be able to stop the guy in Nebraska making his own paperclip.  But you never could… it’s just that there will be more of them.

It is still likely to be difficult for some to be able to produce larger or more complex items at home.  And it is likely to still be difficult to produce well-finished products in interesting materials for some time too.  The upshot may be in the medium to long-term simple small items can be home-produced and therefore will have little value for intellectual property rights.  But on the upside, a greater spread of designers and manufacturers is liable to lead to greater creative and inventive output across all fields.  Following the theory of the ‘wisdom of crowds’ this in turn is likely to lead to better inventions and designs for all of us.

Next post: Is Contemporary Industrial Design a Form of Art or Engineering?