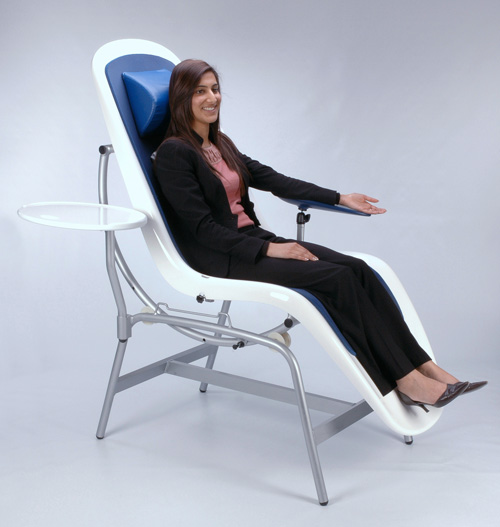 If you’ve given blood or were recently approached to donate blood ahead of the Olympic games in the summer then you may well have found yourself laying on one of the newly piloted prototype blood donor chairs designed and built by Renfrew Group International that are currently undergoing national trials in National Health Service practises across the UK. This chair was specifically developed in order to solve and answer some of the problems and challenges faced by today’s health service.

NHS Blood and Transplant services have revealed that up to “2.38m people with ‘super blood’ were asked to donate ahead of the Olympics.  Demand for universal blood type O- were expected to be at least 70% higher than donations being made during the games”

One particular problem faced by individuals donating blood was the tendency for them to faint during the procedure. The current generation for blood donation chairs were not in any way suitable for individuals who then subsequently needed placing in the recovery position as the two arrangements are distinctly different.  This newly developed chair was designed with this in mind and is said to aid blood donation staff easily handle any situations where individuals need to be physically attended to.

In addition to this the newly designed blood donor chairs aid both patient and staff comfort with the ability for the chair to pivot into 3 separate positions aiding the different stages of the blood procurement process.  Members of staff are now less likely to lean into awkward positions when dealing with donors, which will improve their working conditions and physical wellbeing. 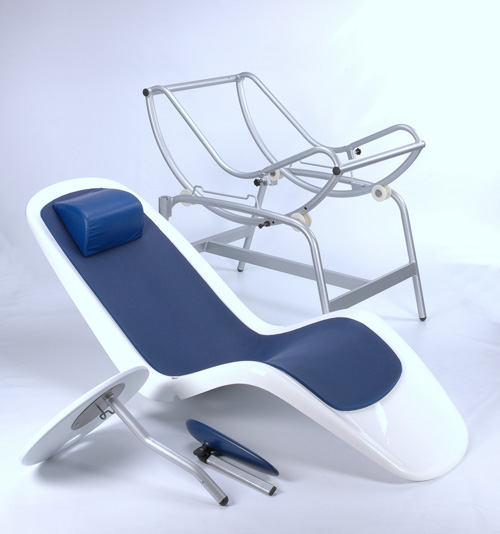 The chairs have been in trials since December 2011 and they will hopefully be well on their way to widespread adoption in the near future.

About the author: Renfrew Group international are a leading and established product design consultancy based in Leicester, UK that provide a range of specialist medical product design and innovation services in addition to consumer products, capital goods and automotive design.

Next post: Six Steps for a Successful OPD Engagement