Auto Motive: Felix Holst on Making the Most of an Industrial Design Career

Felix Holst always knew he wanted to design cars: “As a kid, I always loved art, but I also loved making things. From the age of 4, I wanted to be a car designer.”

As a founding partner at Hack Rod and a former vice president of design at Mattel, Holst has made that car-designer dream a reality. But his hasn’t been the most straightforward industrial design career. 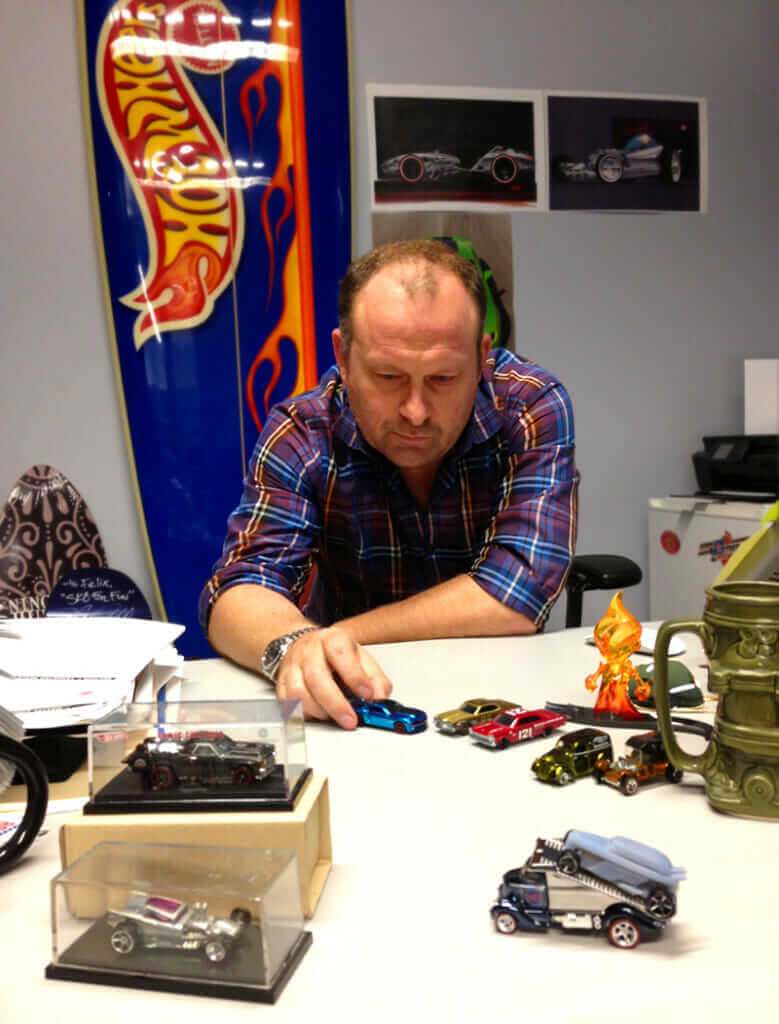 Felix Holst on the job at Mattel. Courtesy Felix Holst.

Different Routes Can Be Better. Holst started out traditionally enough: pursuing a degree in industrial design on advice from a teacher, with the intention to then get a master’s in car design. But fate—and toy maker Mattel’s Hot Wheels—interrupted his plans. “I took a six-month temp job, which was supposed to see me through the year that I took off between a degree and a master’s, and discovered very quickly that I was really, really good at toy design,” he says. “I was working in the automotive space but not as an automotive designer.”

Nevertheless, he was able to expand his skills inside the toy company. “I’d found a profession that I just had a natural aptitude for, and it allowed me to become a better creative because I was focused purely on my ideas,” Holst says. “That was the first major deviation in terms of how I got here: realizing quite early in my career that perhaps what I thought I wanted to do wasn’t the best thing for me.”

But three years into his design job, Mattel announced it was closing its UK office. Holst, who was rising quickly within the company, was jobless.

Detours Lead to New Discoveries. Holst could have moved to the United States and rejoined Mattel in a management role, but he felt compelled to pursue another side of his artistic spirit: music. His band, Kustombuilt, was gaining attention. So Holst, at age 27, and his bandmates set out on a mission to become famous. 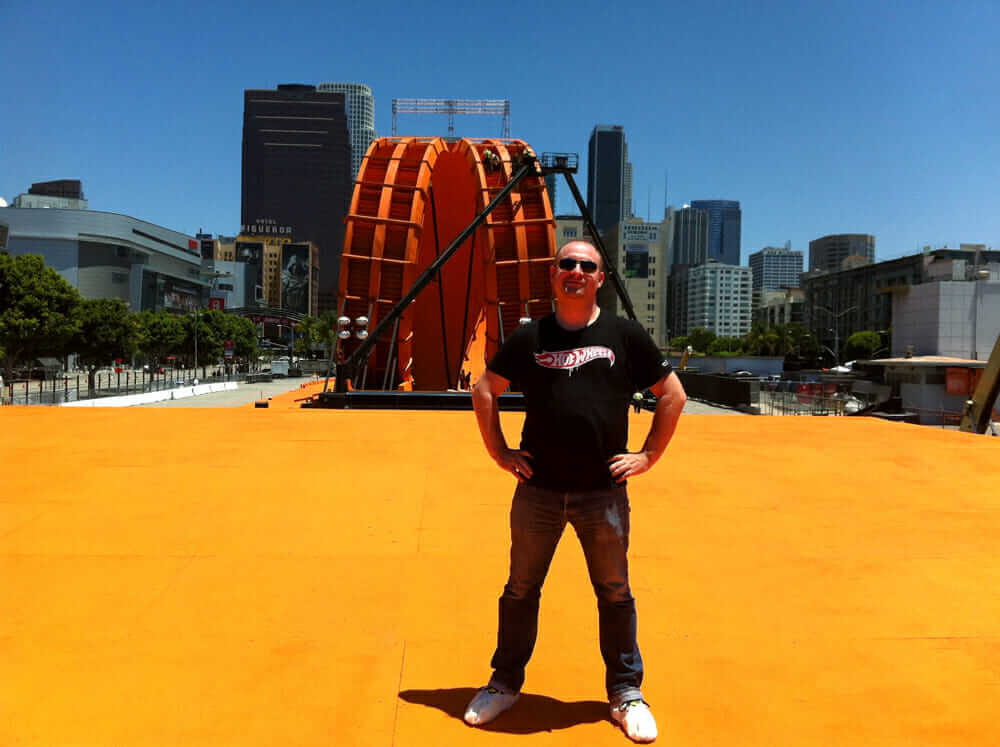 “The rock and roll was great—we nearly made it,” Holst says. “But that was another real eye opener for me: I realized I needed to know more about people, so taking that opportunity gave me a big leg up when I eventually woke up penniless one morning and realized I needed to get my life back on track.”

Picking up the pieces of his previous career, Holst returned to industrial design. “When I eventually made the move back into the professional world, I found that my industrial design skills, if anything, had improved because I thought very differently,” Holst says. “But I also had this ability to read and manage people that perhaps I hadn’t had five years earlier. That taught me that taking a step outside of the singular path can quite often open up far more doors than if you just stay focused on the top of the particular mountain you’re climbing.”

The Hottest Rides Don’t Offer the Best Mileage. Holst packed up his bags and headed to California—and back to Mattel—for a position he had always dreamed of: design manager on Hot Wheels Collectors. But his feet had barely hit American soil when Mattel called with a change of plans: Holst, it hoped, would take a decidedly less alluring management job with Matchbox cars. 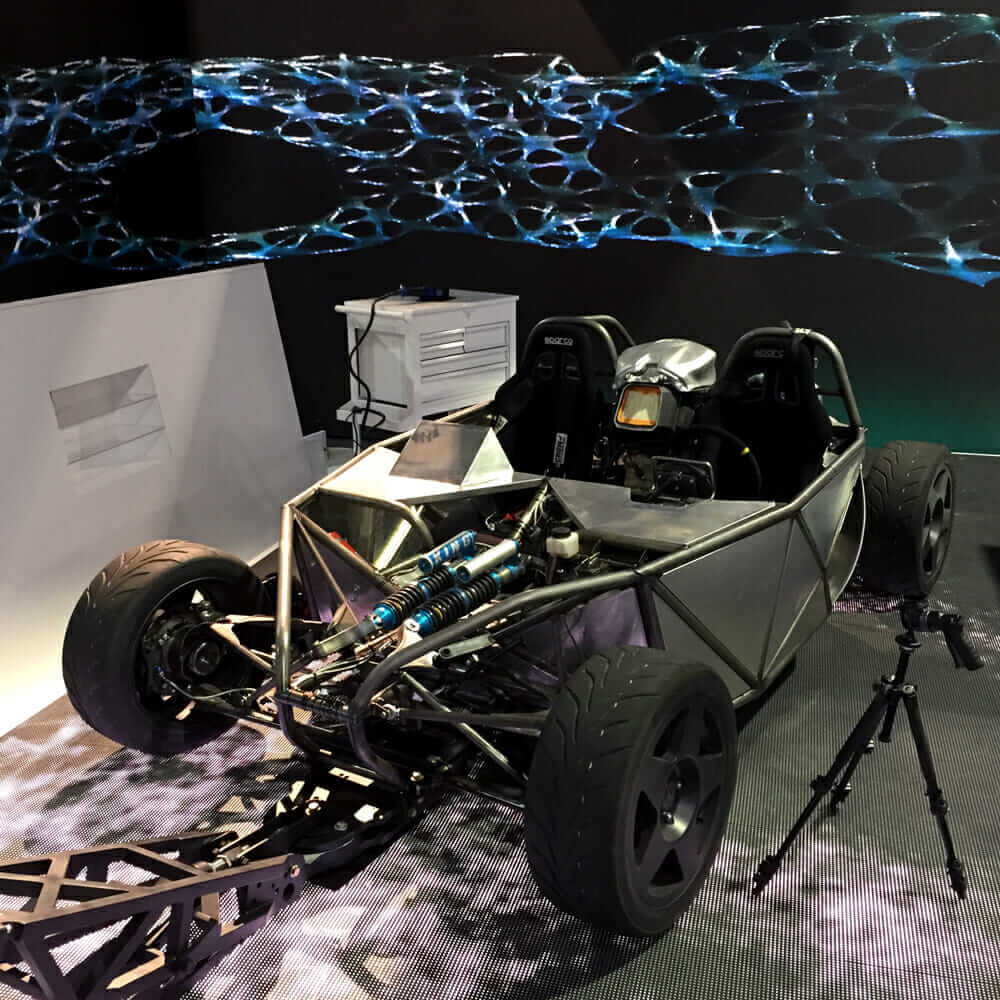 “I was devastated, to be honest, because Matchbox was just a toy brand, and at that point, it was quite a small brand,” Holst says. “The glamour was suddenly pulled away, and I was into the real world of basic toy design for young kids.”

As it turned out, Matchbox presented a hidden gem of an opportunity to learn a broader range of skills. “Instead of working in one part of a big glamorous brand, I was working overall in a small brand that had to fight for survival,” Holst says. “I had a little bit more creative control, and it was great training to give me more of a director responsibility than a manager responsibility.”

In the long run, that opportunity paid big dividends for Holst. He worked his way up to vice president of design for Mattel’s Wheels division, overseeing both Hot Wheels and Matchbox—not bad for the kid who just wanted to design cars one day.

New Roads Present New Opportunities. Holst says now he sees that his willingness to just go for it—whether it was a career in car design, a stab at rock stardom, or a jump to America—taught him to be open to any opportunity that came his way. “I like to think that I always stayed a little bit humble, that I was always thankful for any opportunity I got,” he says. 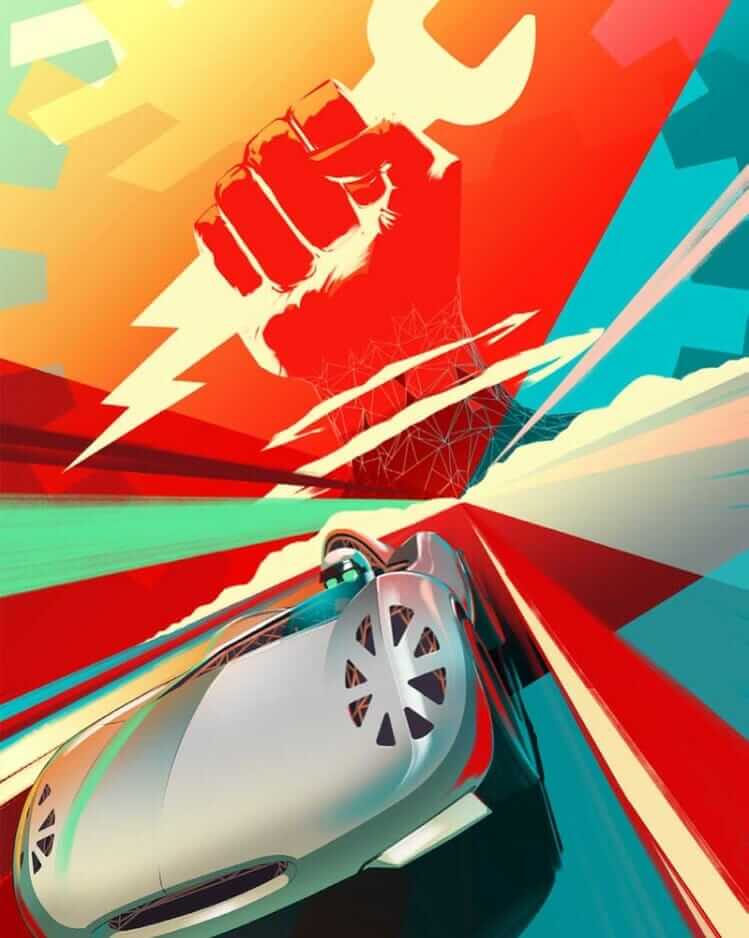 Those lessons are perhaps the best advice Holst says he can offer to today’s industrial designers or those toying with the idea of this creative career. “One thing I know for sure is, whether you’re in your mid-20s or your 50s, stepping outside of your comfort zone, meeting new people, and seeing how the world’s changing is never a bad thing,” Holst says. “Don’t be afraid to throw it all away and take a chance when you can.”

Perhaps, then, it’s that very same message Holst embraced when he left Mattel in early 2015 and started Hack Rod, a design and research group that is creating the first car engineered with artificial intelligence and generative design.

It’s About the Journey, Not the Route. “As a designer, you’re a trained creative thinker,” Holst says. “It’s not so much about putting down lines on paper or in 3D space or in the digital realm. It’s about problem solving and thinking creatively, and if you can combine that with a broad look at how the world works and experience in many areas, then you’ll probably always have a job. When you start getting too precious about your career, that’s when you can start having problems.”

If aspiring designers take anything from Holst’s path, he hopes it’s that they’ll be open to all the opportunities that design can bring, not just the ones they think will be the most interesting.

“It doesn’t matter who you are or what part of the industry you’re in, if you’re given a task, you embrace it, you learn to love it, you excel at it, and you deliver the goods,” Holst says. “Design is not about fancy brands and a cool career. Design is about solving problems. It shouldn’t really matter what problem’s put at your door. If you want to be a good designer, you should relish that chance to prove that you can come up with a solve that’s never been come up with before. That’s how you make it.”

Original article can be found on Redshift.