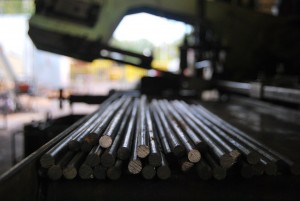 This is a rudimentary question that gets overlooked by those who’ve been familiar with the two occupations and their distinctions. I’ve learned that it’s often for others to scratch their head when I inform them that I’ve got a Bachelor of Fine Arts degree in Industrial Design with a focus in Product Design. Do I make graphics, books, bridges, buildings, websites, clothing, sandwiches? I’ve been asked all those questions. Without further ado, let’s shed some light on the profession of design and how it differs from art.

End Products – Artists and designers both create visual products to put it simply. Artists however, create eyecandy to be consumed by the end user. The actual painting or illustration is created with intention to be the final result of the artist’s vision. Whether this comes to the market as a print in a book, a canvas for a gallery, a framed work to be hung in a house, or a mural, the artwork is the final product of consumption. Designers create beautiful images as a form of communication and are one small step within a production pipeline. A designer will use renderings, sketches, models and other means to communicate their design to a team of people who all work together to create a consumable end product. The end product may be a video game, movie, lawnmower, laptop, backpack or piece of furniture. The designer’s initial sketches, renderings or mock-ups are not intended to be seen by the consumer, but rather to explain their design solution to those who will help bring the design to fruition.

Problem Solving – Everyone solves problems one way or another. In most cases, an artist’s problem to solve is that they have an idea or vision and want to share it with others. He or she creates a piece[s] of artwork and the problem is solved. Designers are often approached with a client’s ‘problem’ which he or she then solves for. Example: a company wants to increase sales of a product they’ve sold for years. The designer’s job then turns into several smaller problems that must convince the (potential) consumer that this product is better than one they already own. The designer could chose to freshen up the design, improve ergonomics, leverage a different production method that lowers cost and, why not incorporate a new feature? Maybe the end result is a modern product that folds up to save space, is more comfortable to use and even costs the consumer less than the last one they bought before. Designers solve problems for clients and consumers.

Interaction – The interactions people have with artists’ work are often very passive and visual. Unless it’s an installation or sculpture, the interactions are often quite minimal. Interaction however, is a very big part of design. Most designers create solutions to common problems by designing products that people interact with often. Whether it’s furniture, tools, electronics, clothing, kitchenware, or cars, all of these products are designed with the end user in mind. Before a design can be dubbed successful, it needs to address a number of issues, one of the most important being interaction.

Function – What function does artwork serve? It’s used as a visual stimulation, as decoration or storytelling most often. Products brought to life by designers need to serve a function to be successful. ‘Functional design’ is a term often used to say ‘this product functions in a way to address a specific need’. If the most beautiful can opener was designed with a high-tech, fancy, ultra-light carbon fiber material, it may be ‘designed’, but it may not be functional. The material might not be durable or sharp enough to open a can with and if it’s 100 times more expensive than the conventional can opener, it may prove impossible to sell as a consumer good. In this case, rather than being a product, the ultra-sleek carbon fiber can opener would likely be considered a piece of artwork as it would serve to make a statement, and to be observed – not used to open cans. And in all likelihood, it would not be mass-produced, which brings me to my final point.

Production – Artwork is often created to be sold as originals for a sum of money that is representative of the amount of effort and hours put into it by the artist his or herself. Design is usually created with mass-production in mind. Whether it’s a consumable product, an application, graphics, or interiors, the number of pieces that will need to be produced plays a big role on how something is designed. A designer will often keep this in mind as a product becomes more complex. Automated production processes should be used to reduce labor costs. Designers tend to try to reduce production costs and consider the entire life of a product (from concept to consumption to disposal) and integrate features to be more consumer and earth-friendly.

Hopefully the distinction between work created by designers and artists is more apparent. I in no way infer or claim that design is better than art, only different from an occupational standpoint. Both are valuable and require massive amounts of learning and practice to do well. Feel free to draw upon the above distinctions the next time you need to explain what you do.

About the author: Will Gibbons is an American product design consultant. He’s the creator and author of industrial design website PDn9.com, awebsite dedicated to helping you take your design career to the next level. You can reach him on Twitter . As a reader of Product Design Hub, you can get his free guide, *The Industrial Designer’s Guide to Freelancing* by clicking HERE.

Previous post: The End of the Age of Squircle?