From “Made in China” to “Designed in China”

China may not be known for its designers but probably more for counterfeit and its traditional culture in Westerns’ minds. It may not have the fame of Italy in design world or Germany for the quality. However a paradigm shift is happening. We already were aware how fast China is developing. And the new generation has the willpower to show the evolution gap between their generation and their parents. The country is undergoing a silent revolution in that field from education to business thinking. 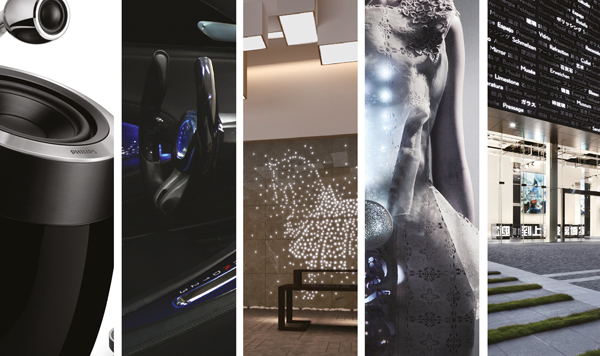 Last November 4th, I attended the 6th edition of China’s Most Successful Design Awards, a ceremony that ensures to”empower, elevate and reward” Design Industry in China. Amongst the 300 guests gathered, I felt privileged. Not only privileged but also disconcerted not to know any of the local design legends and VIP. Asia has built its own success stories far away from Western’s concern. Now they are opening their eyes, attracted by this world on the move and discovering an other universe. and western design world are like two parallel universes : what one can observe may not be what it’s happening in the other in the present. It takes time to reach the other one and sometimes they never will. (Innuendo I’m describing below only what I’ve received).

Few days earlier I met Ezio Manzini at Tongji University, an Italian legendary design thinker revered/adulated in Europe. The Sino-Finnish Center (Aalto & Tongji University) was inaugurating its new school premises. Therefore Masters Yoda of design from all over the world concerned and supporting  the next generation education gathered for the occasion. This partnership between the two countries lead to an amazing idea : making students travel from Shanghai to Helsinki by train while doing a workshop, a two months classroom called Tongji On Tracks.

These learning expeditions are a popular initiative in Finland as The Team Academy program I discovered last June.

Thus, of design world and western design thinkers are getting together to break new ground in the education field. Overseas design gurus are coming to China to influence next generation designers education. Does Chinese will do the same in the following years?

Actually, Chinese design companies are already arousing foreign curiosity and been rewarded for their amazing works. The cliché of  “made in China” is collapsing.

I must admit the winning space designs amongst the 83 winners at The China’s Most Successful Design Awards Ceremony, could make you reconsider your future seriously! They are digging the true value of design :

“Successful design is what makes life easier, better and more beautiful for the individual human being. It is what improve our life, simplify the functions and gives an added value to the user. It is about combining accessibility, functioning, perception and experience in one holistic form. And to be successful it also requires a certain popularity and capability of surviving.” said Johan Adam Linneballe.

Launched in 2006 by Cathy Huang, CEO of CBi China Bridge, an insight based, innovation and design strategy firm, The Most Successful Design Award have become recognized as “the most authoritative and respected awards of their kind in China”. After being a pioneer in design research in China and achieved a continued and unrivaled success, she wanted to go further and encourage innovation in her country :

“Let us raise the awareness of design strategy in the business world, spreading to the masses what truly successful design really is as well as enjoying the transformation that is enfolding before our eyes of ‘Made in China’ to ‘created in China!’”

We can also observe examples of enterprises to promote design in Beijing and Hong Kong : The Business of Design Week (BODW) of Hong Kong proposes 3 days of conferences with international speakers as renowned as Dieter Rams, Shigeru Ban or John Maeda. The Beijing design week rewards 58 winning works, individuals and organizations for their contribution to the city. Beijing, Guangzhou and Shanghai have launched respectively design week, triennial and biennial, presenting world-wide designs.

These entrepreneurs’ initiatives have burgeoned numerously in China it’s hard to follow them all and additionally attend all the design events. For myself, living in China, I’ve witness this great paradigm shift in ideation. A paradigm shift in education by creating a rich learning atmosphere on cross-cultural experiences daily life. Making foreign student not to be biased and make them discovered the new culture. As well as students to be more of a thinker and ideas man. A paradigm shift in intellectual property by rewarding original designs. A paradigm shift in Chinese design.

I guess we can say that China is moving successfully “from a predominantly Original Equipment Manufacturing economic model to an Original Design Management”, as Dr Leong Yap (http://www.linkedin.com/in/crea838) said in 2009. Italy has displayed 134 works by 29 of China’s most dynamic new generation designers (“The China New Design exhibition”)  at the Milan Triennale Design Museum, and the Turin Palace Museum (Palazzo Chiablese) from last June to September as  2011 was appointed the Year of China.

About the author: Manon Dupouy is a product design intern at CBi China Bridge international.

Next post: Luxury yacht improved via competition with community of over 80,000 engineers