We, in Colombia, are not used to follow rules of any pattern, we don’t have seasons so we wear any kind of clothes throughout the year, we are not used to use specific objects for specific purposes and so on. This is a very vague explanation of our culture but I’m trying to contextualize the reader in the way people acts in the city, which characteristic is not to obey, so it’s very common to get on the bus in an inappropriate place or to miss a traffic light, etc. 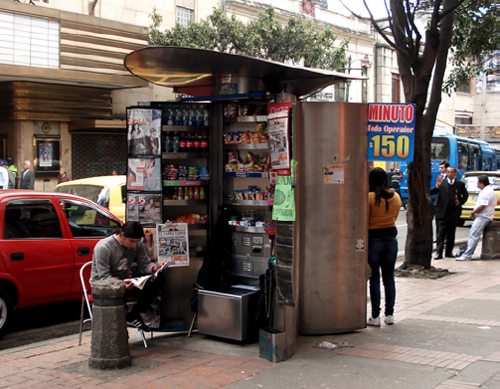 That’s when the branch unfolds and in people’s mind there are no limits, or as said before patterns to follow, and differing from other parts of the world where things are just thrown away when they’re not useful anymore, in Colombia people modify objects when damaged, or reuse them to create hybrids in order to solve a need. Of course this affects the way design integrates in the city, so when needing an object or a tool, last person to go would be a designer and this does not only happens due to the social unawareness of our activity but as well because people think they already know what they need and want, so they find the easiest and cheapest way to get it, just in case they think about second hand help they would go to a craftsman or a technician in an specific field, eliminating the designer in the process and proving that locally making has a lot more value than thinking. This process dismisses market, environment, and materials studies to name a few variables in the professional design process, but it is still creative in the way that people find one way or another to achieve an objective, and sometimes you can find very nice surprises in human’s natural response when having a problem to solve.

Another cause influencing the lack of interest in design relies on the fact that few people who consider to use it find it exclusive and that it’s going to represent a higher cost if compared with the other options, plus they don’t find an immediate benefit in introducing design besides aesthetic and use advantages (which seem not to be enough), as most of design objects in the city help with a common benefit rather than individual and it takes longer for the results to be perceived. 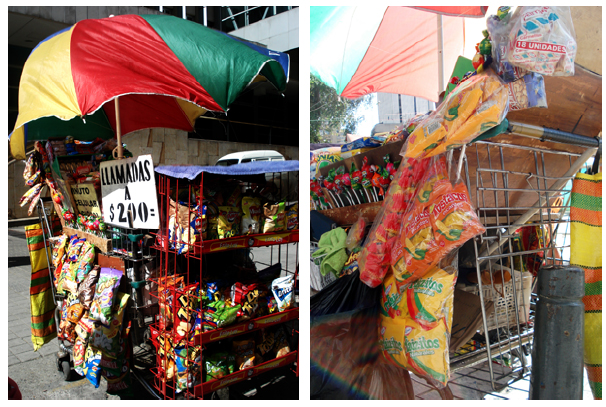 Here I take an example to illustrate what has been affirmed and what are the consequences in this specific case. Where I live (Bogotá, Colombia) as an initiative to visually standardize the city, the government has developed several projects in urban design including bus stations, trash cans and more recently there was an industrial design attempt to develop modules for street vending due to the large amount of families who depend on this activity, but who provoke an invasion of public space for the city.

When design was considered for developing this project the initiative was promoted by government entities, which separated the design process and the final user with such a hard edge that no interrelation was allowed, finishing in a result that is set aside from the initial needs and expectations and becomes something closer to an ideal appearance for the city, that has no consideration of the local idiosyncrasy and its importance on defining how people will react facing, in this case, an object. That’s why the final product is not socially accepted and finishes being somehow useless, where the old homemade object still imposes over the new professionally designed one. 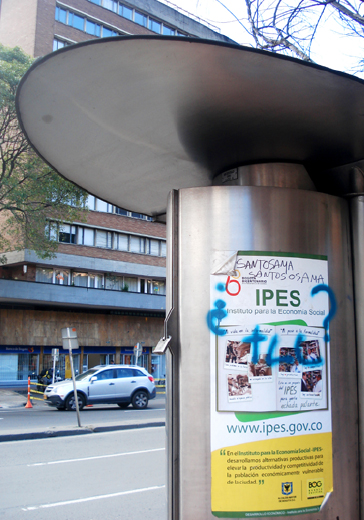 Many are not used, they remain closed

As a conclusion, in Colombia (and maybe for Latin America too) we can’t pretend to copy exactly the ways of industrialized countries, we must understand how we are different and the seek for a self-identity is completely necessary in order to make design and designers an active part for the city, where what is produced is actually used by the masses and stops being a matter of a museum or only for a small group of society.

About the author: Alvaro is an Industrial Designer from Jorge Tadeo Lozano University in Bogotá. Along with different companies, he has worked in editorial design, product development and has been part of two exhibitions. He’s especially interested in product design and concept development. Contact to: alamos8807@gmail.com

Previous post: The Sinch: Announcing the End of Cord Chaos