The art of the prototype

What is the first thing that needs to happen after an idea for a new product is born?  In most cases the answer is the creation of a prototype.  Relying on the imaginations of people to fill in the blanks of a rendering or computer model has never proven itself to be a very successful method of presenting a new product idea.   To make an impact, you must present a high quality “Looks like, Feels like” prototype.  This prototype will be a valuable tool that can quickly and easily explain your new product.

The following is an example of a prototype that was made in less than 6 weeks to be displayed at the Consumer Electronics Show held in Las Vegas.

A client contracted me to design and fabricate a prototype of a new consumer product idea.  The client only had a simple 2D rendering of the new product idea. 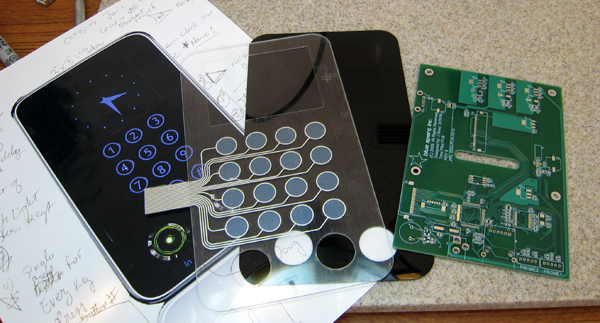 From this rendering, I was asked to build a functioning “Looks like, Feels like” prototype that would be displayed at CES.  With only 6 weeks to do the full mechanical, electrical, and software design there was no time to waste.  Getting it right the first time was extremely important!

I have always believed that having the right tools for the job not only ensures high quality results, but also makes the job fun.

I started this project by making a simple solid model using SolidWorks, which is my favorite solid modeling mechanical CAD software.  It is important to start with the overall outer dimensions specified by the customer.  This rough model gave me the space available for the electronics.  With the product’s functionality in mind, I designed the electrical schematic Using Altium Designer, which is an electrical CAD software that has a connection to SolidWorks.  From this schematic I moved into the circuit board layout.  At this point I was designing both, the circuit board and mechanical enclosure simultaneously.  Having a background in mechanical and electrical engineering not only sped things up, but really helped with the overall accuracy of the design.  The positioning of electrical components such as the LCD panel, USB port, Ethernet port, and power jack were very critical since the holes in the plastic enclosure must line up perfectly to match.

Once the initial solid models of all the parts were complete, an assembly was made.  SolidWorks really makes the design come to life, and exposes any potential interferences or issues. 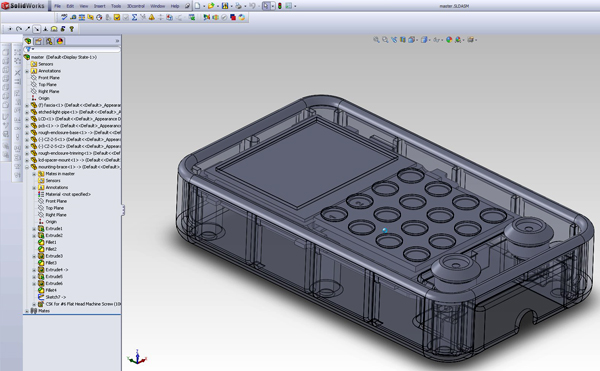 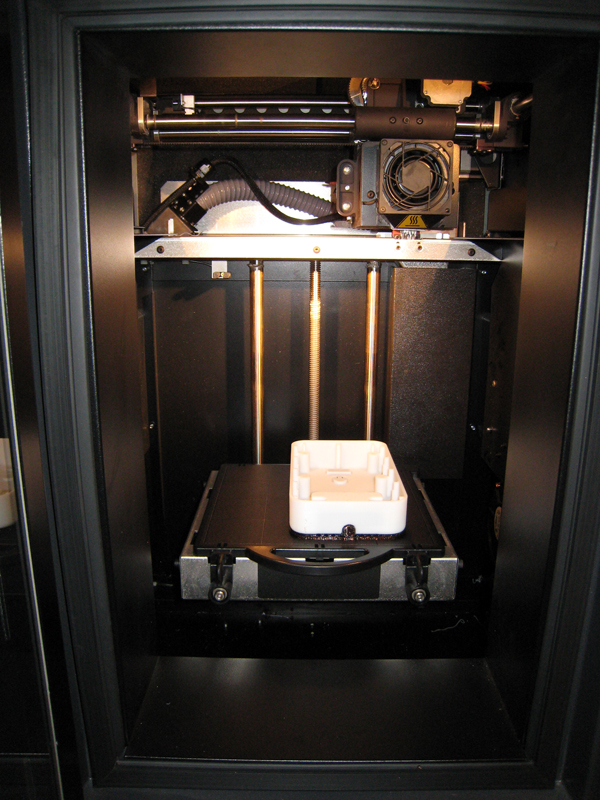 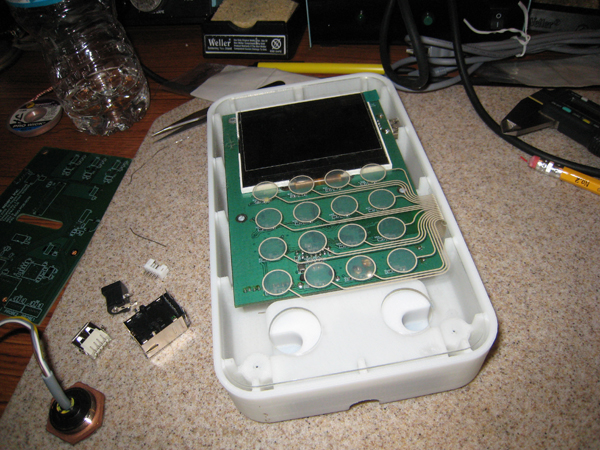 Once the new PCB and keypad arrived, I hand soldered the components to the board and test fit it the electronics assembly into the RP plastic enclosure.  It was a perfect fit! 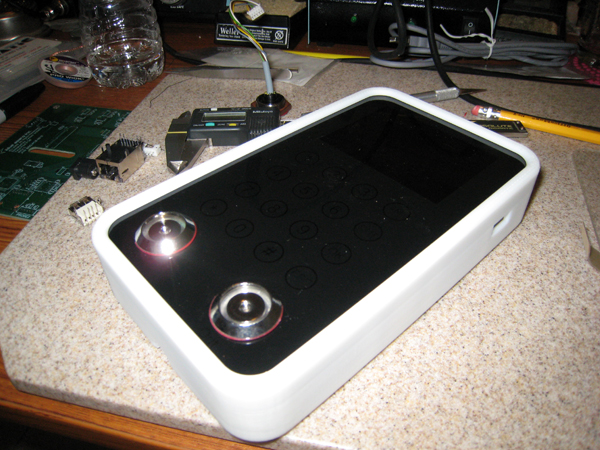 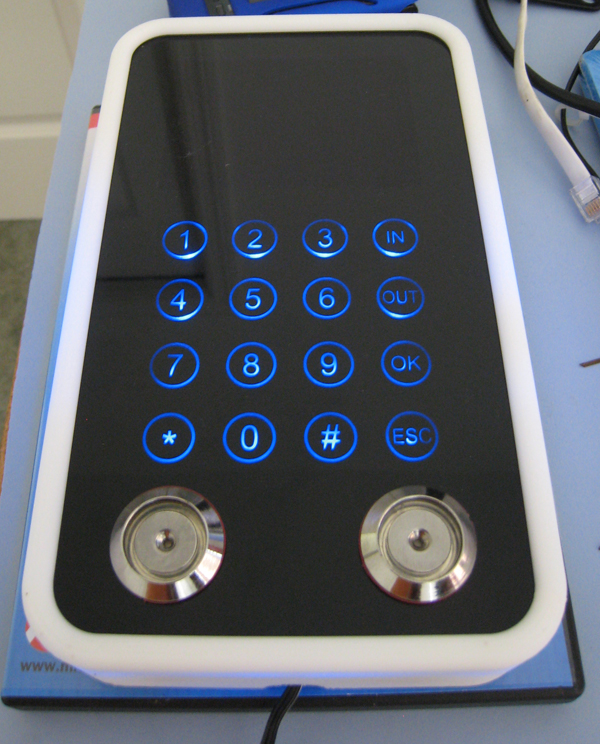 While the software engineer was finalizing the code, I took our prototype to the next level.  It was very important that we present a “Looks like, Feels like” prototype to limit the amount of questions pertaining to the look and feel of a product.  Now that we had good fitting mechanical parts, it was time to have the parts finished.  The trim ring in the rendering was chrome, and the enclosure was a glossy black, so the parts were sent to get plated and painted. 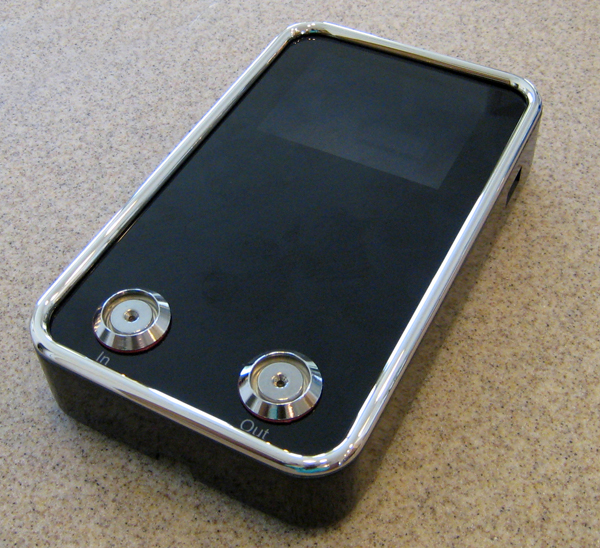 The results were stunning; the prototype looked like a real product that we had purchased from a store!  The prototype was displayed proudly at the Consumer Electronics Show, and its look and feel spoke for itself.

About the author – Jameel Ahed is the President of Blue Sparq, Inc. located in Cape Coral, Florida, and is currently focusing on product development and capacitive touch switch interfaces.  You can contact him at www.BlueSparq.com