Hiplok, the world’s first bike lock designed to be worn on the body, launched last week. This innovative product is the brainchild of Industrial Designers Ben Smith and John Abrahams, who met each other’s while studying Industrial Product Design at The University of Coventry in England over ten years ago. 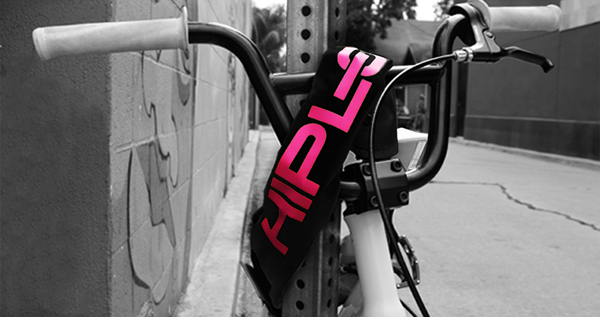 In the week when Hiplok is hitting the streets, I had an opportunity to speak with them.

I haven’t met a designer who hasn’t dreamt of creating that one obvious product that for some reason until that point has alluded the rest of the world.

It seems to me that a wearable bike lock fits in this description. Did a light bulb go off for one of you?

John – I guess you could say it was a light bulb – but more of a low energy one that took time to develop in to full brightness! Despite living on different continents, Ben and I had always stayed in touch regularly and our conversations generally centred around design ideas. I mentioned a wearable lock to Ben and he immediately got excited and started talking about developing it further.

Ben: I think it’s fair to say that as designers, we were in the habit of throwing around ideas in the hope that we might strike upon that special one. I ride a lot of bikes as well as work in the industry and as soon as John mentioned this concept, I knew it was special.

So where did the original idea of a more portable bike lock come from?

John – I had thought about a more portable lock on a morning commute to work but it was actually when I had a bike stolen for the third time that I was spurred on to share the idea. I had cycled to a friend’s house and being such a quick journey, I hadn’t taken my lock. Of course, it went missing in the 5 minutes I was inside.

Ben – That’s the thing, a huge proportion of bikes are stolen because they are not locked at all – the quick trip to the coffee shop scenario. A wearable bike lock is so easy to take with you, the gamble is eliminated.

Did you find that you were both immediately on the same wavelength in terms of design?

Ben – No we were both going in quite opposite directions. As designers we do have quite different styles. John always looks for simple easily workable solutions and I always go for the highly unique and perhaps overly complex angle to start with. We both pull each other in the direction of something that is actually unique but workable.

John – I guess you could say we balance each other out as designers and that’s why we work well together. I had originally assumed that a braided wire cable lock would work best for Hiplok. Ben, with his knowledge of the bike market, convinced me it should be a chain as it is fundamentally more secure. Then, to my surprise, when we tried different prototypes the chain was actually the most comfortable – it sat on the hips much better.

Having talked about that original idea – what’s the first thing that you did on the path to bringing it to market?

Ben – We built a number of prototypes, which we tested in numerous riding situations. As we used them, we became more convinced that we had a good idea. But a great product was only the start. We had to start thinking about funding, sales, marketing and everything else that is involved in creating something that people actually want to buy. Of course, there was also the process of trade marking the name and applying for a patent.

John – The key to Hiplok is that we know that we genuinely want to use it ourselves which indicates there should be potential customers just like us. Soon the conversations switched to actually bringing the product to market. That’s when we set up Plus 8 Industries, found business partners with other areas of expertise and started to initiate a launch plan. 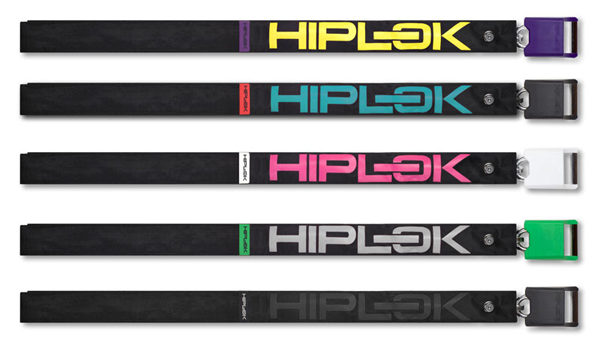 Overall, how long did it take to bring Hiplok to market since that initial light bulb?

Ben: The first conversation was in 2009 and we started sketching ideas a couple of weeks after initial conversation. Overall, two years from a phone call to a tested and fully manufactured and Sold Secure rated product that we are really proud of.

Were there times when you thought you might just stick to the day job?

Ben – I think that you have to have low points in order to achieve the best design. One we both remember vividly was when a supplier let us down on the quality aspect and we just couldn’t take it (our relationship with them) any further. Working through this though just led us to a better solution.

John – No never! Of course, there were a couple of really low points but we knew we wanted to get Hiplok out there. 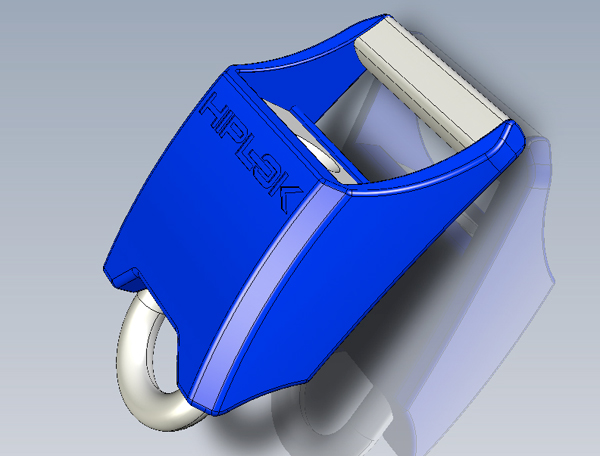 You met while studying a Masters in Industrial Product Design at Coventry University. What other experiences in your life and careers brought you to Hiplok?

Ben – For Hiplok , the fact that I have been a bike geek since on stabilisers has helped! I feel I know the bicycle industry well and have had the opportunity to work for different companies in the UK, Italy and the US. I have watched new trends develop in the industry and feel that I am well placed to spot new ones. Of course, it helps that I met John, who is such a talented designer and brings considerable knowledge of initiating practical design through to manufacture.

John – I guess I have always loved the idea of developing products from childhood “inventions” in my parent’s garage to working for a top design consultancy. Of course, it also helps working on Hiplok with someone I get on with – most the time!

What about inspiration from elsewhere – which products and designers feature on your admiration list?

Ben: As with many designers I am in awe of what Jonathan Ive has achieved at Apple but closer to home, I would also have to say Troy Lee, an icon in the motocross world who I have had the great opportunity to work for here in California. Troy started painting motorcycle helmets over thirty years ago and has turned his passion for the sport and design in to a truly successful global brand recognised for some of the best designed product in the industry. Troy truly lives and breaths what he designs and is a real inspiration.

John: For me, My Loaded skate board is a product which immediately springs to mind.  It’s made from laminated bamboo and glass fibre and is a great example of using the right materials well in a product.  And Lego.

And finally, what are the next steps for Hiplok in terms of product design

John: Watch this space. Hiplok is the world’s first bike lock designed to be worn on the body. As the original we can take the brand to fit different customer needs while staying true to this original idea. We are always considering future opportunities to expand the weight such as with a heavier more secure version and a lightweight but lower security item. We are also excited about different colours and future collaborations with artists, as well as customisation possibilities.

Ben: Watch this space or check out hiplok.com!

Hiplok is now available at www.hiplok.com

Previous post: The Product Design Show – The Funny Side of Design