Six design students from all over Britain have come together to create a product that will help the poorest people on earth.

The Innov8 Design Challenge, which took place at Manchester Metropolitan University, assembled some of the country’s most promising product designers for an intensive week-long workshop.

The event was organised by True Reflections, and run in conjunction with Thare Machi Education (T.M.E), a British charity that produces educational DVDs, teaching the world’s poorest people about topics such as disease prevention, farming and human rights. 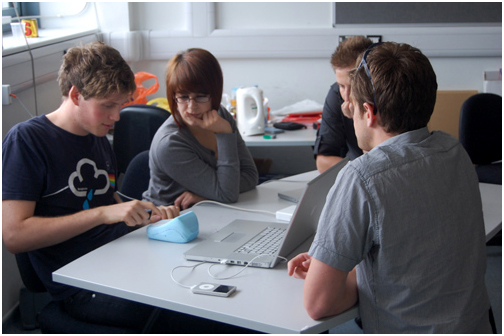 The six budding designers, some of whom are recent graduates, were given a simple brief: how can we provide an interactive tool to facilitate engagement with digital approaches to education?

T.M.E Director Steve Clarke: “People in the developing world aren’t familiar with DVD technology like we are in the West. They don’t immediately see a square on a remote control, and recognise that it must mean “stop.”

After a hard but rewarding week, which included talks by experts such as Mark Sims, former Regional Managing Director of Kellogg’s, the group have produced a prototype controller, which has been presented to T.M.E. The charity will now move the product to its next stage, which is mass-production.

True Reflections’ creative director Ben Widdowson was delighted with the outcome of the project.

“The candidates for the innov8 Design Challenge exceeded all expectations and worked incredibly well together to deliver a high quality solution to the client at the end of the week.

“For anyone to design a product from concept to prototype in a week is an extremely difficult challenge, but I believe I speak for everyone when I say that we all took something valuable from the experience.” 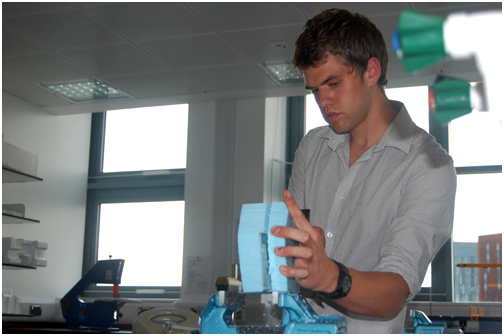 Steve Clarke of T.M.E:
“We were delighted to collaborate with True Reflections through the Innov8 Design Challenge, it was a rare example of talented people, an academic institution, and an innovative young company coming together to bring beneficial change. This is all the more significant when the target beneficiaries are amongst the world’s poorest people.

“I am really pleased with the final proposed design, it is comfortable to hold, and looks really distinctive. We are going to look at inviting sponsorship from interested companies to cover the tooling costs for large scale production.  As the electronics can be adapted to instruct any make of DVD player I can imagine this design becoming recognisable in many countries around the world. We are also considering possible commercial applications with a view to raising funds for the charity”

As well wanting to design a product for the developing world, True Reflections were very keen to give the students work experience which will stand out on a C.V. Dan Taylor, who recently achieved a first from Sheffield Hallam, felt he benefited from the project: “The work we did is sure to appear in my portfolio and I believe that it will provide that cutting edge over many other job applicants”

For further information on Innov8, and photos of the project,  call Ben Widdowson, on 0844 556 0841, or email ben@atruereflection.com

Next post: Failsafe: The One Thing Design Students Are Missing